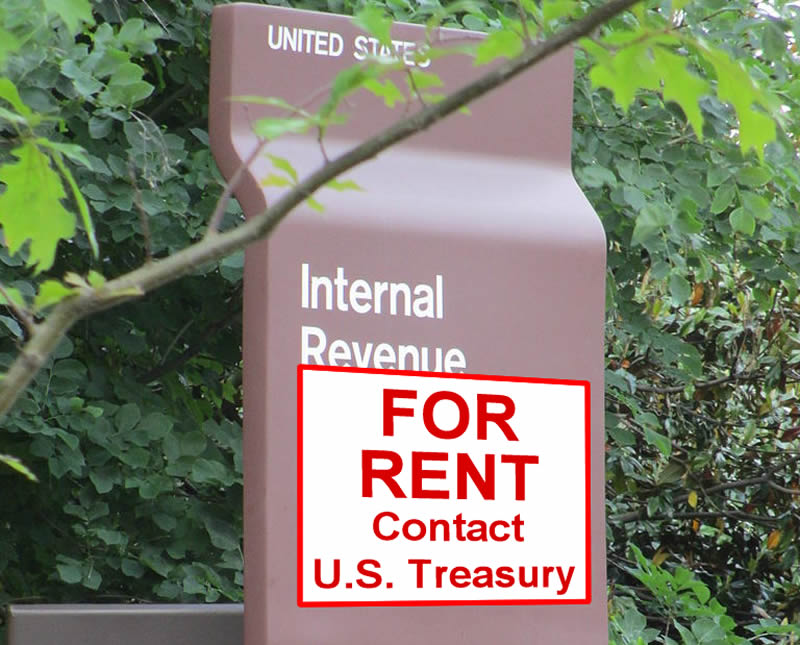 The IRS targeting scandal has many people, including a number of major candidates, talking about tax-reform. This has the power brokers in Washington DC scared… really scared. So it’s not surprising that we’re beginning to hear talk of a flat income tax. The power brokers, including the leadership of both parties, are trying to pass off a flat income tax as a viable substitute for real tax reform. They tell us that with a flat income tax, they will abolish the IRS and you’ll fill out your tax return on a post card. That statement sure makes for a good sound bite. They just fail to mention that you’ll mail that postcard to the address of the agency that they just abolished… Oops!

You see, it turns out that, as long as income is taxed, you can’t abolish the enforcement requirements of an income tax that make the IRS the most abusive and feared agency in the free world. Politicians may change the name of the agency. They may even reduce the size of that agency by 5% to 10%. But the audits will continue. As I’ll demonstrate beyond any doubt, audits must continue. Moreover, far from getting the IRS out of your life, the IRS will become a much more significant part of your life, under a flat income tax. That’s not exactly what you’ve been told, is it? So how can this be?

Let’s look at the numbers.

Under the current income tax, there are just over 146 million personal income tax filers and a little more than 10 million business income tax filers. That’s 156 million taxpayers, who each interface directly with the government. While this is a very important number, it’s just as important to note that every one of those 156 million taxpayers interfaces directly with the government. Let’s look at why these facts are so important.

Ask yourself how many people it takes to commit tax fraud, under an income tax. Think about it. Since, under any form of income tax, each and every taxpayer interfaces directly with the government, it takes only that one person to commit tax fraud. Therefore, with 156 million taxpayers, each interfacing directly with the government, it means that there are 156 million opportunities for tax fraud under the current system. This is the case under the current progressive income tax and the overall number of taxpayers and opportunities for tax fraud will not change by any significant degree, under a flat income tax. That’s why, under any form of income tax, be it progressive or flat,  an IRS will continue to be a requirement.

Think about it. As long as there are 156 million individuals sending in tax returns – even on a postcard – you will still have 156 million opportunities for tax fraud. That’s why lawmakers may abolish the name “IRS”, but they can’t abolish the enforcement features that make the IRS the most abusive and feared agency in the USA.

One of the misconceptions that people advocating a flat income tax try to make us believe, is that they will replace the IRS with a smaller, less intrusive agency, to “process” all those post cards. In fact, they tend to use the word, “process,” so as to distract you from thinking about the audits that must go with that processing. The truth is that hard numbers prove that it’s not possible to make a significant reduction in the size of the IRS.

According to the latest Tax Gap Report from the IRS, the Gross Tax Gap is $450 billion per year. That’s the amount of tax that is not paid either in full or on time. After enforcement actions (most of which takes the form of audits or stems from audits) the Net Tax Gap is $385 billion. That’s money that is never collected. But there is nothing in a flat income tax that can have any more than a negligible effect on the tax gap.

What this all points to is that fully 90% of current non-compliance issues will remain, under a flat income tax. Therefore, since 90% of the reason for the existence of the IRS will continue to exist, it will not be possible to eliminate the IRS. Audits will continue and they will be just as abusive as ever. But one thing will change under a flat income tax. There would be no complex tax shelters that currently eat up the vast majority of the auditors’ work load, so audits would take far less time. The IRS (by whatever name) will be able to focus on under-reporting, which the Tax Gap Report shows, makes up the vast majority of non-compliance, under an income tax. Without all those tax shelters to wade through, this would give the IRS (by whatever name) from 30 to 60 times more free time, with which to audit more taxpayers. Consequently, even if those pushing a flat income tax were to cut the size of the agency in half, it would still mean that you would be 15 to 30 times more likely to face an audit under their flat income tax plan, than you are today. So, under a flat income tax, not only would the IRS continue to be a source of fear and trepidation for taxpayers, it would actually become more predominant in our lives.

In fact, there is only one type of tax reform that does, or even can, eliminate what makes the IRS the despised and feared agency that it has become and that is the FairTax (H.R.25 and S.155). Under the FairTax, there will be only about 25 million retail businesses interfacing with state agencies. All by itself, that fact means that, in order for non-compliance to be as bad under the FairTax, as under an income tax, there would have to be 6 times more people willing to commit tax fraud (156M / 25M = 6.24). But that’s not the end of it. Under a sales tax, it requires two people to commit tax fraud, so that number doubles. There would have to be 12 times as many people willing to commit tax fraud under the FairTax, for tax evasion to be as bad as under any form of income tax.

In the end, for tax fraud to be as bad under the FairTax, as it is under any form of income tax, a whopping 120 times more taxpayers would have to suddenly become willing to commit tax fraud. That wouldn’t even happen under normal conditions. But this case wouldn’t be normal. Since sales tax fraud requires two participants, another crime is added to the mix. When two people “conspire” to commit tax fraud, the crime becomes, “Conspiracy to Commit Tax Fraud” (conspiracy is a state crime that almost always carries a much higher penalty than a similar non-conspiracy crime). With all of this stacked against potential tax cheats, there is no possible way that tax fraud would be any more than a tiny fraction as bad, under the FairTax, as it would be under any type of income tax. Then to top it off, sales tax evasion is considered to be one of the easiest types of tax evasion to detect.

Under the FairTax, the U.S. Treasury would audit only about 56 entities – the sales tax collection agencies of the 50 states, Washington DC, and the territories that generate sales. Those agencies would then audit a combined total of about 25 million retail businesses and nobody would audit individuals, who are not sole proprietor business owners. Think about it. There are 46 states in which sales taxes are currently collected, but when did you ever hear of a consumer being audited for sales taxes that he paid? It doesn’t happen. Unless an audit of a retail business turns up evidence of tax fraud that involves a consumer as a co-conspirator, consumers don’t get audited. Furthermore, any such audits would be the result of a warrant from a court, based on “reasonable suspicion” from evidence turned up in that business audit. That’s a far cry from the random and warrantless audits that taxpayers face under any form of income tax.

A flat income tax would not and could not eliminate the most odious functions of the IRS, nor could it reduce the impact of the IRS on the lives of taxpayers. Neither would a flat income tax improve compliance by more than a negligible amount. By contrast, the FairTax would dramatically improve tax compliance, while completely abolishing the IRS, in both name and function.

See our FairTax Calculator to learn what you would pay in both percent and dollars, under the FairTax.