Some notable findings from that report are:

The end result is that the Top 400 Taxpayers are earning less, under President Obama, and paying more per dollar earned. But if you think that’s good, then think again.

The reason why the entry level to the Top 400 is going down, is because more than a few of that group have left the USA and others are packing their bags. Some of the tax and spend crowd may say, “Good riddance”, but such a statement would be ill-conceived. You see, the more wealthy people who leave the USA and the jurisdiction of the IRS, the more the rest of us will have to pay.

However, it should be no surprise that they are leaving – at least not if you’ve read “The Rich Don’t Pay Tax! …Or Do They?” The government is punishing success and at the same time, creating an incentive for those who pay the lion’s share of the taxes and who are prolific job creators, to move offshore.

For more information on this new IRS Data, see the article at:

Barack Obama seems to think that he and the government can do a better job of running businesses than can individual businessmen and women, whose success depends on their ability to actually “sell” their product or service.

To help us highlight that absurdity, please give us your ideas on how to caption the following image. 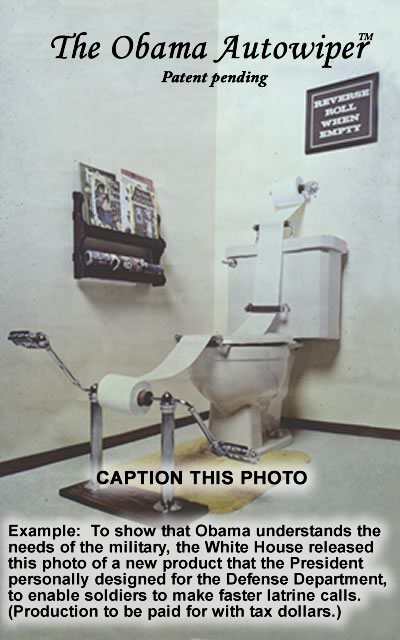 Tell your friends about this. Let’s get some good captions.