Home→Uncategorized→President Trump? A foregone conclusion? (an analysis)
Share this page 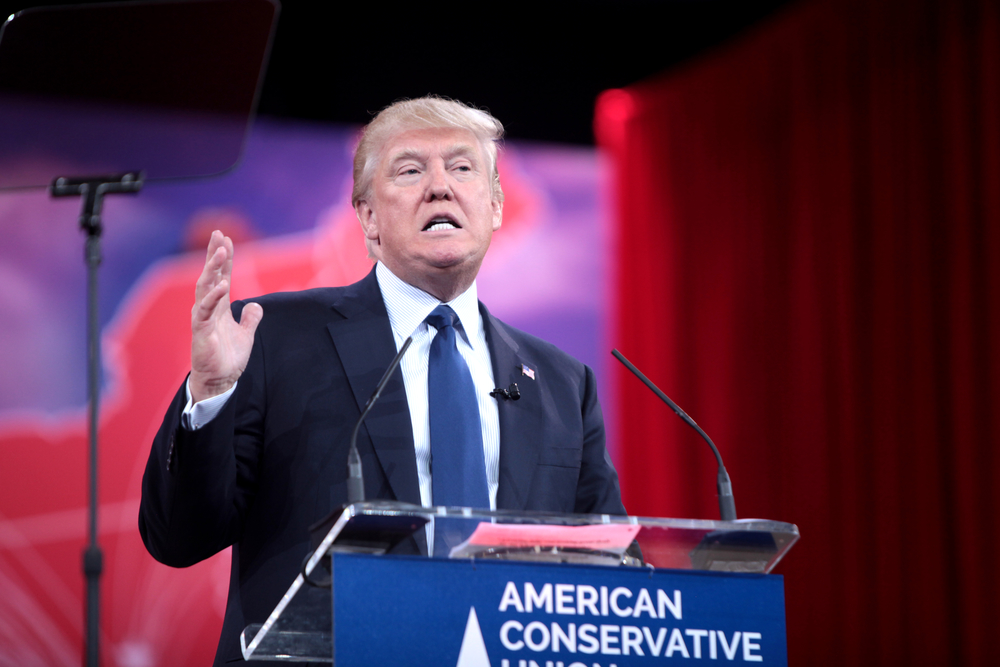 “Reports of my death are greatly exaggerated.”

Since the day Donald Trump announced his run for the GOP nomination for President, back in June, political pundits have predicted the demise of his campaign. Yet, Trump has repeatedly confounded the pundits. Although it is generally considered unwise for a candidate to peak too early, Trump rose quickly to the top of the polls and has remained there. In fact, as this is being written, Donald Trump is 20 points ahead of his nearest challenger in the most recent major poll (CNN/ORC). He now stands at a comfortable 36%, with Cruz, Carson, and Rubio in a virtual tie for second place at 16%, 14%, and 12%, respectively (all within the 4.5% margin of error of each other). But that isn’t the whole story.

(Before going any further, I should go on the record as a supporter, not of Donald Trump, but of Gov. Mike Huckabee.)

All of the major polling organizations have built their success on their ability to identify “likely voters”. They begin by asking questions, not only about how likely you are to vote in the next election, but they also ask about when you voted last. The opinions of those who are not considered to be likely voters are not generally part of the final count. They also tend not to contact those who were not considered to be likely voters in previous polls. This strategy has been honed and perfected, over the years and up to now, it has proved to be quite effective.

But all that has changed with the emergence of Donald Trump, onto the political scene. That’s because large numbers of his supporters are people who have either never voted in a national election or have not voted in a very long time – the so-called “disenfranchised voters”. The problem that this represents is that these people are likely to be omitted from the polls, since they do not fit the traditional model of a “likely voter”. Even many polling company executives have admitted that they are not sure how to count these people. It’s a new paradigm. What this all means is that Trump’s real numbers are probably quite a few points higher than the traditional polls would indicate.

Add to all of this the fact that almost all recent presidential elections have been determined by the undecided and independent vote – the “swing voters”. The sole exception was Romney’s loss, which was due almost exclusively to the many Christians, who sat out the election in a snit, because they didn’t consider Romney to be “Christian enough”. But after the last four years, it’s a safe bet that won’t happen again. In general, somewhere in the range of 35 to 40 percent of voters will vote Republican, regardless of who the party nominees are. A similar percentage will always vote Democrat. This means that the winner will be the candidate who gets the most votes from those swing voters. But with Trump in the race, even if the “traditional” swing voters split evenly, Trump wins, because of the large number of “disenfranchised voters” that he brings to bear.

Finally add into the mix that Trump is a master of the media and a master self-promoter. No other candidate, from either party, comes close in either arena. In fact, if you look closely, you can even see how it is really Trump, who selects which candidate will make a temporary rise in the polls. Just about the time you think one candidate will overtake him, Trump says something that brings another second tier candidate to the forefront and his previous leading challenger slips in the polls. Each time this happens, the new challenger takes points mostly from the previous leading challenger. Trump plays the media like Itzhak Perlman played the Stradivarius.

Trump has not only held onto his lead in the primary, but he is widening his lead. Establishment and TEA Party candidates, who were supposed to be in the lead, are barely managing to stay in the race. Jeb Bush, who was the GOP Leadership’s heir apparent and who has, for most of the race, been the most heavily funded candidate, is now barely hanging on to a mere 3% support and is in effective free-fall. Ted Cruz, who was initially considered to be a TEA Party favorite, has had trouble making any headway, following revelations that his immigration plan includes an amnesty provision (legal permanent residency) and his claims that his tax plan will allow the IRS to be abolished – a claim that has been conclusively disproven. Also, Carson and Rubio have each had their turn as the prime Trump challenger, but to no avail.

Another effect from which Trump benefits is one that is often referred to as the “winner syndrome”. In short, what this means, is that people like to vote for a winner and many voters, who think their candidate has no chance, will change their vote in the voting booth, so they can truthfully say that they vote for the winner. As it turns out, Trump is seen as the winner. In order to get a handle on this “winner” effect, the Rasmussen organization, instead of asking respondents who they prefer as the GOP nominee, asks who the respondents think will be the GOP nominee. According to Rasmussen Reports, “The latest Rasmussen Reports weekly Trump Change survey finds that 68% of Likely Republican Voters believe Trump is likely to be their party’s nominee next year…” That’s phenomenal!

Following the advice of Sun Tsu (“The Art of War”), Trump had the war (the election) won, before he stepped onto the battlefield (entered the race). He controls the battlefield (the media) and has a series of feints set up, with which he controls the opposing forces (the other candidates). It’s now becoming clear that even all of his supposed gaffs, were almost certainly well planned feints, intended to move the conversation in the direction he wanted it to go, at the time he wanted it to move that way. Like an experienced general on a battlefield, Trump is drawing the opposing forces (the other candidates) into mine-fields and positions where they can be easily flanked. It’s only a matter of time before the enemy lines (the rest of the field) completely collapse.

In fact, since the party is over, it’s time for Cruz, Rubio, and Paul to drop out and get back to doing what their constituents elected them to do, which is represent them in the U.S. Senate. As a Texan, who campaigned heavily for Cruz, I must say that I am very disappointed that, since Cruz took office, he has spent far more time campaigning, than he has spent representing the people of Texas. I imagine that Rubio’s constituents must feel the same way, while Rand Paul’s constituents have somewhat less to complain about.

Of course, if any of the second or third tier candidates have aspirations of being Trump’s VP or would like to hold some other position in the Trump White House, then they better stop attacking Trump and start pandering to him. After all, since all but Carson and Fiorina are politicians, pandering is what they are really good at, anyway.

This is not an endorsement of Trump. As stated above, my candidate of choice is Huckabee (2%). I would prefer that things were different. But this is just the way it is. Although Trump is certainly not my first choice, I must admit that I would not feel any regret when I have to vote for him in November and that’s more than I can say about most of the GOP field. Trump will be the next President. The only thing left to be determined is, who will be on the inside of the Trump Administration and who will be on the outside.

As if to underscore the points made in this article, a new Bloomberg poll shows that two thirds of GOP primary voters back Trump’s Muslim ban and a third of those voters say that it will make them more likely to vote for him. Once again, Trump manipulated the entire situation. He made a statement that was widely reported in headlines, containing his name. Then, as if on queue, the pundits added to the headlines that contained his name, by claiming that the statement would surely sink Trump’s campaign. But in the end, Trump’s supposed gaffe boosted his standing. This is a perfect example of Trump manipulating the media and other candidates, to get “free publicity” and boost his standing, in the process. Once again, Trump enticed the media and the other candidates into a position, where there was no move that would not help Trump.